« Engagement in social practice is the fundamental process by which we learn and so become who we are »  Etienne C. Wenger (1952 – ).

We are part of strong and leading communities of practice. We share our practices and code of ethics with prestigious associations and organizations. We keep learning, innovating and improving our practice continuously, and we maintain our certifications current. We engage in initiatives with transformational change and flourishing impact in the world.

The Flourishing Circle is a partnership of mindfulness and character strengths expert practitioners who help organizations, people and communities to generate positive transformational change.

Launched in 2021, this new initiative co-creates pathways for people to enjoy sustainable well-being, health, and performance through mindfulness and character strengths practice, an approach proven to enhance sustainable flourishing.

The Flourishing Circle leads a variety of spaces internationally, from bespoke foundational trainings to masterclasses and intensives on mindfulness and character strengths, self-leadership and team development, online and in-person.

The Flourishing Circle supports a wider community of alumni and other stakeholders to make the flourishing practice sustainable, so that people can thrive for life.

The International Coaching Federation (ICF) was formed in 1995 to give credibility to an emerging profession and give coaches a place to connect. Since then, ICF has become the world’s largest organization of professionally trained coaches, and the leading voice for the global coaching community.

Coaching is defined by ICF as partnering with clients in a thought-provoking and creative process that inspires them to maximize their personal and professional potential.

ICF sees coaching as an integral part of a thriving society and every ICF Member represents the highest quality of professional coaching. ICF exists to lead the global advancement of the coaching profession and empower the world through coaching.

The ICF ecosystem is committed to reliability, openness, acceptance and congruence, and considers all parts of the ICF Community mutually accountable to uphold the values of integrity, excellence, collaboration and respect.

Managing Director of Gallifa & Partner LLC, Jaume Gallifa holds a professional coaching certification from the ICF and is a member of the ICF Switzerland Charter.

The Order of Interbeing (OI), Tiep Hien in Vietnamese, is a community of monastics and lay people, all ordained students of Zen Master Thich Nhat Hanh, who have committed to living their lives in accord with the Fourteen Mindfulness Trainings, a distillation of the Bodhisattva (Enlightened Being) teachings of Mahayana Buddhism.

Established by Zen Master Thich Nhat Hanh in Saigon in 1966 with the name Tiep Hien, the OI was founded in the Linji tradition of Buddhist meditative practice and emphasizes the Four Spirits: non-attachment from views, direct experimentation on the nature of interdependent origination through meditation, appropriateness, and skillful means.

Managing Director of Gallifa & Partner LLC, Jaume Gallifa is an ordained student of Zen Master Thich Nhat Hanh and a member of the OI since 2018. 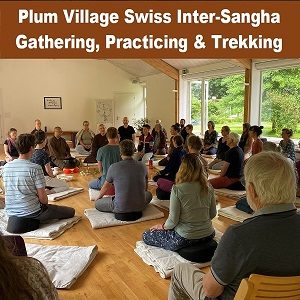 We gather every year on the first weekend of September for a small retreat and trekking. The next gathering is September 3-5, 2021 at Rigi Koesterli Hotel with the participation of friends coming from all Plum Village Sanghas in Switzerland.

The Flyer attached contains detailed information on this year’s gathering. 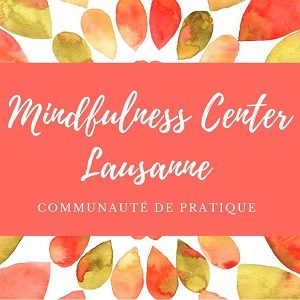 The Mindfulness Practice Center Lausanne proposes a secular and inclusive space where anyone can discover and deepen the art of mindful living, and cultivate benevolent bonds with oneself and others.

This open space is promoted by practitioners in the Plum Village tradition, founded by Zen Master Thich Nhat Hanh, a pioneer bringing mindfulness to the West since the early 1970s, developing new ways to apply ancient wisdom to the challenges of modern life and flourish.

The Mindfulness Practice Center is located at Pôle Sud, Avenue Jean-Jacques Mercier 3, CH-1003 Lausanne. The gathering and practice sessions are offered every other Monday, except holidays, from 19:00 to 21:00.