« Flourishing goes beyond happiness, or satisfaction with life. True, people who flourish are happy. But that’s not the half of it. Beyond feeling good, they’re also doing good-adding value to the world. »  Barbara L. Fredrickson (1964 – ). 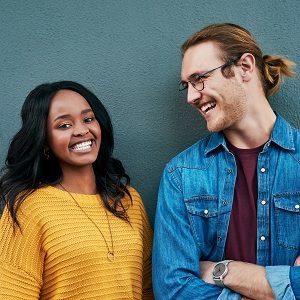 After many years of experience leading, managing, teaching, and coaching transformational change in organizations and people, in 2019 we introduced to the general public in Switzerland the only evidence-based positive psychology program integrating mindfulness and character strengths for flourishing. Soon after we offered the program online in France, Germany, Spain, and the UK. In 2021 we launched The Flourishing Circle initiative.

Flourishing can be understood in terms of prosperity and growth, meaning « developing rapidly and successfully; thriving. » In humanistic psychology terms, flourishing is a self-development process responding to the human self-actualization and transcendence needs.  Flourishing has also a deep meaning in positive psychology: « To flourish means to live within an optimal range of human functioning, one that connotes goodness, generativity, growth, and resilience. »

Interested in the conditions for a good life and flourishing functioning, rather than in remediating languishing conditions and all possible psychological illness, positive psychology has defined flourishing as a construct encompassing positive emotions and relationships, engagement, meaning, and accomplishment, as well as other components like sustainable health (PERMA-H), self-esteem, optimism, resilience, vitality, sustainable health, lower perceived stress, decreasing depression, work satisfaction, and performance.

While flourishing makes an individual’s life worth living, as the flourishing science evolves through successive waves, its scope broadens beyond the individual, encompassing organizational, societal, and even planet dimensions, becoming more global, interdisciplinary, and open to embracing other ways of knowing.

Flourishing is also a term with somatic and neuroscience connotations, referring to evidence-based practices for cultivating the body-mind based on mindfulness practices and character strengths interventions, allowing for transformational change and leading to sustainable well-being and performance.

The Mindfulness-Based Strengths Practice (MBSP) Program that we introduced in 2019 in Switzerland to the general public, and currently promoting within The Flourishing Circle Initiative, is the only evidence-based program integrating the combined flourishing benefits of mindfulness practice and positive psychology interventions.

It is well known today that positive flourishing practices lead to an increase in well-being, better functioning, higher performance, better relationships, and a decrease in stress and depression. Mindfulness alone results in a more responsive adaptation (vs. reactive), autonomous self-regulation, emotional and social intelligence, and higher vitality, enjoyment, and well-being.

Flourishing with Integrative and Engaged Mindfulness

Integrative mindfulness allows for self-congruent transformational change and flourishing at the base of the body-mind consciousness, this is with concordance between embodied conscious and non-conscious assessments and mindset. We consider the self here as a conditioned process, not as an essence.

Engaged mindfulness broadens choices for self-endorsed actions, aligned with authentic values, needs, intentions, and motives, as well as with universal ethical values established by the manifesto 2000 of the United Nations.

Integrative and engaged mindfulness is the essence of the Plum Village tradition, which encompasses the insight of the Manifestation Only Buddhist Psychology and the contemporary engaged Buddhism practice proposed by Zen Master Thich Nhat Hanh.

The Flourishing Circle is a partnership of mindfulness and character strengths expert practitioners who help organizations, people and communities to generate positive transformational change.

Launched in 2021, this new initiative co-creates pathways for people to enjoy sustainable well-being, health, and performance through mindfulness and character strengths practice, an approach proven to enhance sustainable flourishing.

The Flourishing Circle leads a variety of spaces internationally, from bespoke foundational trainings to masterclasses and intensives on mindfulness and character strengths, self-leadership and team development, online and in-person.

The Flourishing Circle supports a wider community of alumni and other stakeholders to make the flourishing practice sustainable, so that people can thrive for life.