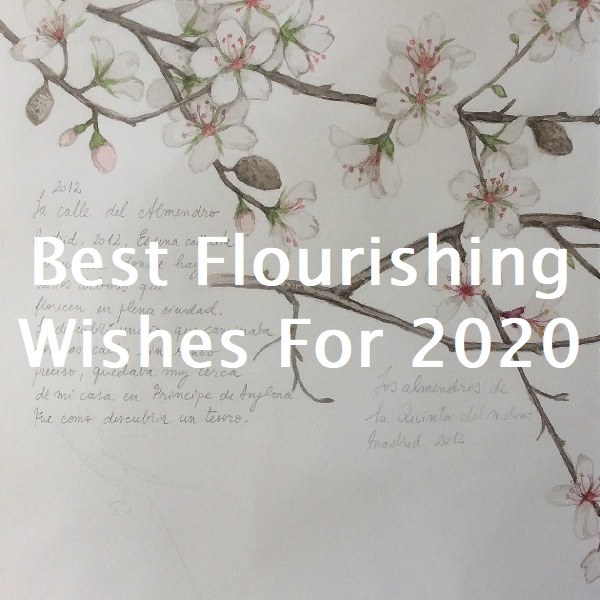 This year 2020 is an opportunity to flourish by reviving our character strengths, bringing them alive in our consciousness and in our life. In this new year’s post we discuss about the deliberate cultivation of character strengths, flourishing strategies and resources. Subscribe to our newsletter.

Well-Being and Flourishing
As we have seen in our December 2019 post, from the very beginning of the positive psychology discipline Seligman (2002) defined happiness and well-being interchangeably as the goal of the whole new enterprise. As Levine (2009) pointed out, there is not much difference with the goal of the Buddhist wisdom and practice.

Some years later, Seligman (2011) identified a certain number of well-being components, that he put under the flourishing construct term, that includes: Positive emotions, Engagement, positive Relationships, Meaning, and Accomplishment (PERMA), as well as some of the following components: self-esteem, optimism, resilience, vitality, and self-determination.

Flourishing has to do with living and acting well in line with right ethics and virtue (Aristotle, 2014), but also with two other sets of right practices in the areas of mind disciplines (i.e., diligence, concentration and mindfulness) and insight (i.e., views and thinking) (Nhat Hanh, 1999). This more wholistic Buddhist approach to well-being considers the behavioral component of life, but also the desire, emotional, cognitive, and consciousness aspects of human excellence and flourishing (Yearley, 1990).

Flourishing as a Deliberate Cultivation of Character Strengths
Researchers have defined character strengths as positive, trait-like capacities for thinking, feeling, and behaving in ways that benefit oneself and others (Peterson & Seligman, 2004; Niemiec & McGrath, 2019) and as a « family of positive characteristics… each of which exists in degrees » (Park & Peterson, 2009, p. 3).

The cultivation of character strengths has been a key question from the very beginning of the positive psychology discipline (Peterson & Park, 2009). We know character strengths cultivation (i.e., gratitude, hope, zest, curiosity, and love) is correlated with well-being (Park et al., 2004). We do also know that immaterial mental activity maps to neural activity, producing temporary and lasting changes in our brains. This means we can use our mind to change our brain for the better – self-directed neuroplasticity (Hanson, 2009).

Since our brain learns mainly from what we attend to, mindfulness is the doorway to taking in good experiences and making them a part of ourselves (Hanson, 2009). Directing attention skillfully is therefore a fundamental way to shape the brain – and one’s life over time. A wise combination of mindfulness and character strengths serves the purpose of deliberately cultivating our mind (Niemiec, 2014). Character strengths guided meditations prime our unconscious mind to encourage the development of automatic and flourishing behavioral and perceptual responses, habits, brain changes, and insight.

Paraphrasing Zen Master Thich Nhat Hanh’s famous quote « There is no way to happiness, happiness is the way » (Nhat Hanh,1991, p. 42; 1992) we can state « There is no way to flourishing, flourishing is the way ». But what does this mean practically? The traditional Yogachara Buddhist psychology model (Nhat Hanh, 2006) offers a useful framework to understand the process of transformation and flourishing. The mind can be seen as a field in which every character strength seed is sown. Character strengths can then manifest or remain dormant. Very much like gardening, mindfulness allows for being curious about and modulate our exposure to external contacts, as well as for self-regulating our attention and watering our internal character strength seeds. This material and immaterial flourishing activity leads then to sustainable flourishing states.

Mindfulness Guided Meditation and Modern Hypnosis Science
Since its introduction in 1979 in the Mindfulness-Based Stress Reduction Clinic at the University of Massachusetts Medical Center (Now the Center for Mindfulness in Medicine, Health Care and Society), the positive effects of mindfulness meditation practices have been largely demonstrated (Kabat-Zinn, 2013).

Both guided mindfulness meditations and hypnosis use skillful means to gain access and mobilize the character strengths resources all available in our unconscious mind, or store consciousness, nonconceptually (Yapko, 2011; Raz & Lifshitz, 2016). This is done by stopping and fostering a focused attention in the breath, the body, the sensations, the mind, and the objects of the mind (natural dissociation) to recede from the noisiness of life and our distracted thoughts, then choosing the positive qualities to water and make bloom. A way of looking at flourishing from an ultimate and actionless dimension, that coexist with the action oriented ethical living historical dimension. Flourishing is possible right here and now because the all character strengths seeds are already stored in our individual and collective consciousness.

Jaume Gallifa, MBA, ACC is the Managing Director of Gallifa & Partner LLC, a professional services company specialized in transformational change and flourishing. He can be reached at jaume.gallifa@gallifa.ch or via LinkedIn.