Choosing to react or respond mindfully with Social Intelligence 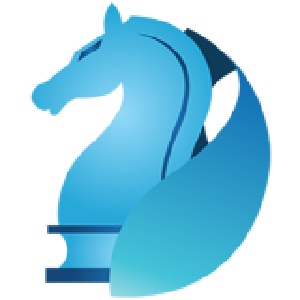 In the previous post I shared my views on how mindfulness and coaching support the development of the Perspective character strength. In this post I am exploring how important is for performance and well-being to wisely develop Social Intelligence.

Social intelligence, also called emotional and personal intelligence, or hot intelligence, is a strength of humanity, a virtue that helps us in our interpersonal relationships, the way we approach other people. In Ryan M. Niemiec & Robert E. McGrath (2019) people showing social intelligence are described as those having the ability of being « aware of the motives and feelings of themselves and others, and how to fit into different social situations. »

Daniel Goleman (1995, 2006) defines emotional intelligence as the ability to recognize our feelings and those of others, to motivate ourselves, and to manage our emotions both within ourselves and in our relationships with others and the overall system.

People high in social intelligence exhibit special capacities to experience, perceive, assess, integrate, understand, provide meaning, link with other process, monitor and regulate emotions for personal growth and well-being, as well as strategize about own internal processes and emotions, and emotions in relationships. In addition, those people can identify social dominance and sociopolitical relationships among individuals and groups and use this to cooperate (Peterson & Seligman, 2004).

The way individuals confront change depends on the structure of aspirations, will, memories, beliefs, emotions, meaning, behaviors, and practices. Behind all these psychological structures there are several key sustaining personality capacities or strengths, as well as and systemic resources. Social intelligence is one of them.

As pointed out by Edgar H. Schein (1992) only organizations, business, people and teams strong in social intelligence will provide the psychological safe environment where learning new habits and competences is possible without anxiety; safe environments where learning is facilitated by valuing previous successes preferably than by remembering past mistakes and associated painful consequences.

Simply assuming that knowledge and insight could be easily acquired ignores the fact that just wiliness to move on through a transformational change and motivation to learn will not produce the right kind of behaviors and competences that are needed for any envisioned and desired end state to happen. This is the reason why competence development and professional coaching is so important for state-of-the-art transformational change management, change design and change accompaniment capabilities in organizations, business, people and teams.

A Personal Perspective on Social Intelligence
In many occasions, facing strong change resistance, I have addressed and solved the situation with empathy and compassion. People can resist and argue about a technical design argument, or may find an end state vision difficult to understand (Senge, 1994). They can also be offended when considered as mere parts of a mechanism or a plan. It is more difficult though to resist to honest empathy and kindness, two important components of social intelligence. This is to me the secret of transformational change accompaniment. On this topic Peter M. Senge (1999) once said « We keep bringing in mechanics – when what we need are gardeners. »

If we want to respond rather than react, and benefit from all the outcomes that social intelligence offers to us, we need to be serious about letting social intelligence character strength develop and flourish. Watering the social intelligence seed in our consciousness and in our actions will let us explore the difference between feeling safe or unsafe, experiencing sufficiency or scarcity, having a life plenty of positive relationships of being excluded, being confident or caught in grasping, being in peace or sunk in frustration (Hanson, 2013).

Following the perspective given by Thorndike’s definition of social intelligence, I believe there is a key distinction to make between managing our emotions and be wise and honest with our views and actions. I was born in a fascist country, where democracy is still at risk. I learned to manage my emotions, suppressing them sometimes. It was a matter of survival. I feel safer and free now – out of my country, though. As a manager and as a leader I have learned to manage my emotions. It is time for me now to be honest and wise with who I am; with my social intelligence signature strength.

My advice for any one facing transformational change is to invest in developing emotional and social intelligence, eventually with the support of mindfulness and coaching. A balanced social intelligence will do not only lead to well-functioning and performance, but also to positive transformational change, strengths flourishing and a more holistic and wise perspective on being and becoming in organizations, business, people and teams.

We will explore and practice the social intelligence character strength in the Mindfulness-Based Strengths Practice (MBSP) Workshop we are introducing in Switzerland soon.

Jaume Gallifa, MBA, ACC, is the Managing Director of Gallifa & Partner LLC, a professional services company specialized in mindful transformational change and strengths flourishing. He can be reached at jaume.gallifa@gallifa.ch or via LinkedIn.