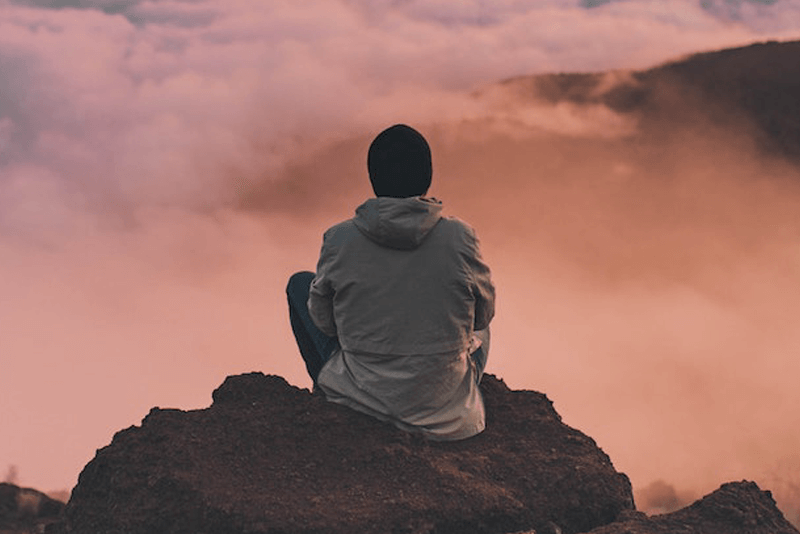 In 1890 William James (1842-1910) wrote « And the faculty of voluntarily bringing back a wandering attention, over and over again, is the very root of judgement, character, and will. » The correlation between mindfulness, character strengths and psychological flourishing is well established today. In this post we explore this link starting from the very basic facet of mindful attention: observing with openness and receptivity.
Mindfulness, Character Strengths and Flourishing

In our May 2020 post we presented the research done at the University of Zurich showing the correlation between character strengths and the different dimensions of the PERMA flourishing construct proposed by Seligman in 2011 (Wagner et al., 2020). One other recent research, also conducted at the University of Zurich, shows the correlation between the different facets of mindfulness (Baer et al., 2006) and the cultivation of VIA character strengths (Pang & Ruch, 2019). On the base on these findings, the link between the practice of mindfulness, the cultivation of character strengths, and the development of the different flourishing components becomes now quite straight forward.

Observing Mindfully, Openness to Experience, and Flourishing
Just to give an example: observing (noticing and attending to sensations, perceptions, feelings, and thoughts), a central feature of the mindfulness practice, is strongly correlated with openness to experience (Baer et al., 2006) and the character strength of appreciation of beauty and excellence (Pang & Ruch, 2019), which in turn is correlated with positive emotions, engagement, meaning, and accomplishment (Wagner et al, 2020). The two latest researches are very recent and used mindfulness-based interventions originally designed for addressing languishing conditions. Consequently, one should be cautious with the results. We hypothesize, though, that the mentioned results will be confirmed, and the correlations will also increase in studies accounting for the longitudinal mindfulness experience and using mindfulness-based interventions specifically designed for psychological flourishing (e.g., Mindfulness-Based Strengths Practice (MBSP) program. See Ivtzan (2020) for the first comprehensive guide to all prominent, evidence-based mindfulness programs available).

Mindfulness Definitions and Context
The term mindfulness derives from the Pali language word sati (Sanskrit: smriti ): “remember”. The Chinese character for mindfulness has two parts: “now”, and “mind” or “heart”. Then: « Mindfulness is remembering to come back to the present moment. » (Nhat Hanh, 1998, 2015:64. See our November 2019 post and Nhat Hanh (2006) for a presentation of the Yogācāra’s Buddhist psychology metaphoric model of the mind).
The Pali language word sati derives from the Sanskrit language root sat meaning “to exist”. Therefore, mindfulness means: « The awareness of the existence of experienced phenomena in a given moment », or « Full awareness of mind (and therefore mind objects) in the present moment. » (Shonin, Van Gordon & Griffiths, 2014:128-129).

Bare Attention
For Nyanaponika Thera, a monk and scholar in the Buddhist Theravāda tradition that strongly influenced Jon Kabat-Zinn, « Mindfulness (sati) applies preeminently to the attitude and practice of Bare Attention in a purely receptive state of mind » (Nyanaponika, 1954, 2014:10. Bare Attention is capitalized in the original text). Attention is a universal (common and familiar in Nyanaponika’s terms) function of consciousness in Buddhist psychology (Nhat Hanh, 1998, 2015:64). In this context, the mindfulness practice is a first step in a much wider mind discipline aiming to know the mind, shape the mind, and free the mind (Nyanaponika, 1954, 2014:8). Indeed, in the original Buddhist context, mindfulness had a soteriological purpose of cultivating wellbeing and alleviating suffering (Lutz et al. 2015).
Mindful attention has a mind liberation intention that cannot be separated from the attention attitude qualities (Shapiro et al., 2006; Shapiro, 2009). This is an important point to keep in mind: the basic components of the mindfulness trait construct, the mindfulness mental processing mode, and the mindfulness skills, they all need to be cultivated, and they are all necessary but not sufficient to achieve the final Buddhist mindfulness goal. Indeed, all wholesome mind traits, including character strengths, wisdom, and ethics are also involved and inter-are when skillfully using mindfulness for flourishing (Nhat Hanh, 1998, 2015:64; Hyland, 2016).

Mindfulness: A Psychological Operational Definition
Translating Nyanaponika’s “Bare Attention” attitude and practice expression, Jon Kabat-Zinn defined mindfulness in 1994 as: « Paying attention in a particular way: on purpose, in the present moment, and non-judgmentally. » (p. 4). Translating Kabat-Zinn’s definition into psychological operational terms it was mutually agreed that mindfulness is the self-regulation of attention with an attitude of curiosity, openness, and acceptance (Bishop et al., 2004). As we know today, this definition did not capture all aspects and mechanisms of mindfulness, but it helped measuring the outcomes of the mindfulness-based intervention programs (Young, 2016). It is worth to mention that curiosity and self-regulation are VIA character strengths (Niemiec, 2014) and openness is also related with the open-mindedness character strength (Pang & Ruch, 2019).

The Many Facets of Attention
Attention has many facets. The most basic is simple attention, « initial “taking notice” of, or “turning toward” the object. » (Brown & Ryan, 2003:822) or mere recognition, « observing non-dualistically » (Nhat Hanh, 1998, 2015:69), without evaluation. Also: « Selective attention, the capacity to focus on one element and ignore others. Vigilance, maintaining a constant level of attention as time goes on. Allocating attention so we notice small or rapid shifts in what we experience. Goal focus, or “cognitive control,” keeping a specific goal or task in mind despite distractions. Meta-awareness, being able to track the quality of one’s own awareness–for example, noticing when the mind wanders or you’ve made a mistake. » (Goleman & Davidson, 2017:128. See also: Goleman, 2013).

The Mindfulness Process
Mindfulness is central to the human experience – rooted in two fundamental activities of consciousness: attention and awareness. « Awareness is the conscious registration of stimuli, including the five physical senses, the kinesthetic senses, and the activities of the mind. When a stimulus is sufficiently strong, attention is engaged, which is manifest as an initial “taking notice” of, or “turning toward” the object. » (Brown & Ryan, 2003:822). As a process, mindfulness means « a receptive attention to and awareness of present events and experience. » (Brown, Ryan & Creswell, 2007:212).

The Mindfulness Trait(s)
Mindfulness is a human capacity (trait) (Brown & Ryan, 2003; Brown, Ryan & Creswell, 2007) or a set of capacities, that vary in strength and continuity within and across individuals, and that can be measured (e.g., Five Facet Mindfulness Questionnaire (FFMQ). See: Baer et al., 2006; Baer et al. 2008; Lykins & Baer, 2009; Baer, 2019. For a review of the different mindfulness scales see: Quaglia et al., 2015). Long-term practitioners of mindfulness score significantly higher than non-meditators in FFMQ facets: observing, nonjudging (non-evaluation, non-discrimination), and nonreactivity (acceptance). The other facets are describing and acting with awareness (Chiesa, 2012).

The Mindfulness Practice
Mindfulness trait(s) and mental processes can be cultivated with practice, becoming a skill. Practicing mindfulness develops mindfulness as trait(s), mode of processing, and skill. In addition, mindfulness practice translates in neurological brain activation, and eventually produces lasting changes in the traits and mode of processing of the brain (Goleman & Davidson, 2017:128). This allows for mindfulness to become a mind state.
Practicing mindfulness is both simple and difficult due to a neural process known as habituation. The brain saves energy by not paying attention to things that are safe and familiar (Goleman & Davidson, 2017:124). Due to habituation, noticing the ordinary is not so ordinary. This paradox is well captured in the saying of Zen master Ch’ing-yüan Wei-hsin (Qingyuan Weixin; Seigen Ishin in Japanese): « Before I had studied Zen for thirty years, I saw mountains as mountains, and waters as waters. When I arrived at a more intimate knowledge, I came to the point where I saw that mountains are not mountains, and waters are not waters. But now that I have got its very substance I am at rest. For it’s just that I see mountains once again as mountains, and waters once again as waters. » (Watts, 1957:126).

Open Presence
The simplest, yet most miraculous flourishing mindfulness practice starts by developing a meta-awareness attention using the breathing as body anchor: « Breathing in, I know I am breathing in. Breathing out, I know I am breathing out. In, Out. » (Nhat Hanh, 2009:14). Understanding the flourishing purpose of mindful breathing helps enjoying the practice. Enjoying the practice is already attaining its flourishing purpose.
« It turns out that like meditation on altruistic love, the practice of open presence also gives rise to a notable increase of brain waves in the gamma frequencies, accompanied by increased connectivity and synchronization between various parts of the brain. » (Ricard, 2015:253).

Cultivating Openness & Receptivity for Flourishing
In 1890 William James (1842-1910) wrote « And the faculty of voluntarily bringing back a wandering attention, over and over again, is the very root of judgement, character, and will. » (p. 177). As we have seen, the correlation between mindfulness, character strengths and psychological flourishing is well established today. This is highly relevant in our view, since it helps putting mindfulness, as well as all its traits components (facets), mental processes, and mechanisms (that we are not exploring here) in the context of the ancient Aristotelian, Buddhist and Yogācāra’s practical wisdom. This is the reason why we are currently proposing a mindfulness-based intervention program purposely designed for flourishing.

Jaume Gallifa, MBA, ACC is the Managing Director of Gallifa & Partner LLC, a professional services company specialized in transformational change and flourishing. He can be reach at jaume.gallifa@gallifa.ch or via LinkedIn.
[accordion align=”” numbers=”false” first_one_open=”true”] [pane title=”Flourishing with Mindfulness-Based Strengths Practice (MBSP). An 8-week in-person program starting on Friday, January 15, 2021 in Basel, Switzerland”] 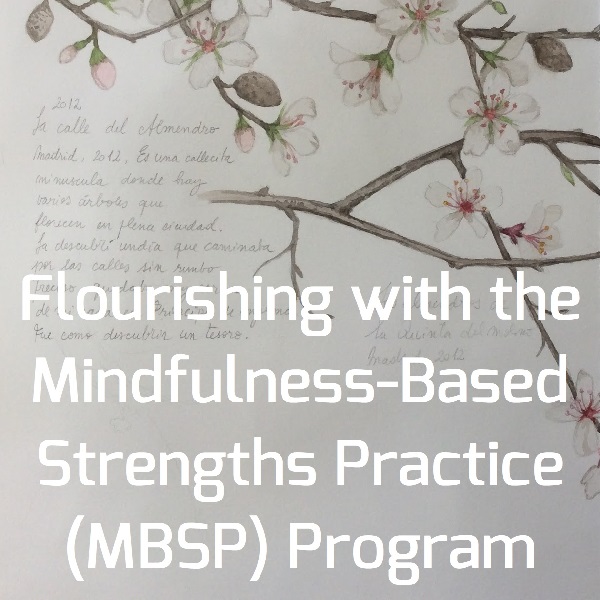 MBSP brings together the latest science of mindfulness and character strengths into an active learning experience to help people flourish by getting in conscious contact with their inner strengths.
The brochure attached contains detailed information about the 8-week in-person MBSP program that will take place in Basel, Switzerland, starting on Friday January 15, 2021 at 18h at Zentrum für Achtsamkeit Basel/Center for Mindfulness Basel.
Thematic and info workshop sessions to learn more and experience the integration of mindfulness and character strengths for flourishing are offered regularly. Details and inscriptions at the Lausanne event page or the Basel event page.
[/pane] [/accordion]